How Social Media Platforms are Responding to the #BlackLivesMatter Movement - Hey Mr. Skip to content 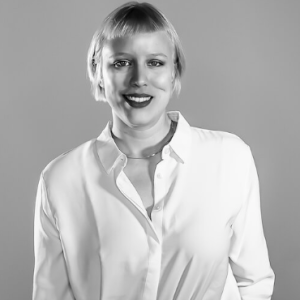 How Social Media Platforms are Responding to the #BlackLivesMatter Movement

Ongoing protests have been held in every major city across the United States for weeks in response to  police brutality and many individuals are turning to social media for updates, to show their support, and to keep up with the Black Lives Matter cause. This has resulted in many platforms having to adapt quickly as users are increasing their reliance on these avenues. Several companies have struggled to generate responses to ‘Fake News’, harassing comments and politically driven posts, while others have used this opportunity to confirm their stance on such content now and moving forward

Almost every platform has updated their profile’s design in support of the movement by adopting a black and white aesthetic. You may have noticed that Twitter, Instagram and others have all changed their main profile and profile pic to black and white versions of their logo.

Instagram has generated the new ‘Share Black Stories’ sticker, which allows users to easily connect, and see updates from anyone else who uses the sticker in their Story content. Similar to the ‘Donation’, ‘Stay Home’, and ‘Thank You Hour’ stickers that were developed in response to the pandemic, the purpose of the ‘Share Black Stories’ sticker is for Instagram users  to not only show their support but also add to the larger conversation happening on social media.

There’s not an easy way to take on social injustice, especially in the context of social media. However, Twitter is doing a lot by introducing several new channels of communication, by publishing regular resources, and labeling inflammatory content.

They’ve started the conversation and an opportunity to share a variety of contextual resources and guides using their new @TwitterTogether account. They are also sharing additional resources, guidance, and actionable steps to their blog.

During this difficult time, it seems like more people than ever are using social media to voice their point of view, frustrations, and to show their support. The floodgates have opened and many messages are coming through from all sides.  Some platforms, like Twitter have opted to add ‘fact check’ and content warning labels to inflammatory content that the platform says glorifies the use of violence and increases the risk of violent actions. One of the biggest controversies concerning Twitter lately has been applying these ‘fact checks’ and warning labels to President Trump’s tweets.

While Twitter has made some bold moves, Snapchat is breaking historical ground by actually removing President Trump’s profile from the Discover platform. The President’s account, with over 1.5 million followers will no longer be promoted in the platform’s showcase along with other elected officials, celebrities, and news publishers. This decision was made in response to Trump’s tweet where he stated that protestors would be “greeted with the most vicious dogs and ominous weapons, I have ever seen”. The Trump campaign responded by saying Snapchat is “trying to rig the 2020 election, illegally using their corporate funding to promote Joe Biden and suppress President Trump”.

No matter who you support politically, it is definitely an historic moment as the relationship between social media and government officials moves forward.

Facebook on the other hand is choosing to essentially do nothing.  What Mark Zuckerberg called a “tough” but “thorough” decision, Facebook will not do anything in response to President Trump’s inflammatory posts to the platform.  As you may have heard, there have been rising calls for Facebook to re-examine its stance on inflammatory comments recently, as other platforms like Twitter have taken action.

Facebook has long been criticized for its stance on political content, and the views it holds on its own responsibility for spreading ‘fake news’ and political propaganda; the platform has made it clear that they will not fact check political ads.

Despite a pledge for $10 million in funding for programs focused on addressing racial injustice in the United States, Facebook employees have reportedly staged stop work actions in response to the company’s decision not to take a firm stance against inflammatory remarks about the protests published to Facebook by the President. Some executives have shown their support by posting content in support of the employee’s voices. This development is still in motion, we will keep you informed as things change.

As the influx of the #BlackLivesMatter hashtag increases, many spam filters on platforms like Instagram and TikTok have had to take action.

Both platforms took immediate action by apologizing to users, as the perceived censorship was not at all their intention. By adjusting their filters on the backend, this glitch seems to have been fixed. During this time, Instagram and TikTok, like many others, have also shared their support for the movement and have called for systemic change.

What Does It All Mean?

It’s clear that we are living in a momentous time, and like the rest of us, social media platforms are being affected. As your local experts, we will keep you informed. Please reach out with any questions, as marketing strategies will need to adapt to this new climate.