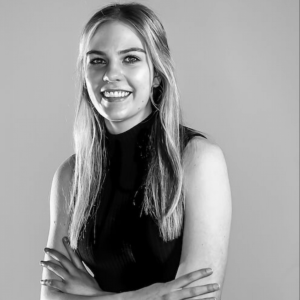 Let’s face it, 2020 is the year of TikTok. The viral platform has climbed the proverbial bean stock and is standing toe to toe with giants such as Facebook and Instagram. With great fame comes a lot of eyes and similar to its foes, TikTok has its fair share of controversy.

Created back in 2018, the app is known for its short videos where teens, creators, and your favorite celebs dance or sing along to viral songs. Seems pretty innocent, right? Not exactly the type of thing the President of the United States would think of banning, but everything is not always as it seems. The main problem stems from the fact that TikTok is owned by the Chinese organization, ByteDance. U.S. officials are concerned that the app is gathering the personal information of American users (a lot of which are children). Another element of this issue is the ever-escalating tensions between the Chinese and U.S. governments. Whether a ban will be put in place is yet to be seen, so until then we’ll be over here on the edge of our seats. All hope isn’t lost for those trying to dance along to the latest Cardi B hit, the White House has stated that if an American company were to purchase TikTok the potential ban will be lifted. As of now, Twitter and Microsoft are just two major players who are reportedly considering purchasing the company.
TikTok has got some pretty big image issues right now, so they’re trying to clear them up as fast as possible. They’re now outlining how their algorithm works as well as erecting a Transparency Center in LA where users can drop by and see how it enforces its policies. Not only are they dropping insights as to how they operate behind the curtain, they have also changed the face of their company by hiring a new American CEO.

When you open up the TikTok app, you’re greeted with a personalized feed of videos recommended for you. The brains behind the brand are now sharing how their recommendation software works. TikTok factors in the obvious like accounts you follow, videos you like and comment on, as well as the content you create yourself. For example, if you were to use #DigitalMarketing in one of your videos, you’re more likely to receive clips containing that hashtag too. Another component of the algorithm is within the video itself. It will analyze the captions, sounds, and music. None of this is exactly groundbreaking. TikTok seems to be taking a similar approach as most other social media platforms by factoring in what kind of content you like to engage with and showing you more of the same. There are however, a few key differences. Follower count as well as a high amount of previous video views do not have an effect on the algorithm. Another note for you is that if your videos are consistently watched for most of the duration or to completion, this will make the platform more likely to recommend your video.

Let’s take a step back now and look a little deeper into the safety concerns that have been emerging recently for TikTok. More than one third of its 49 million daily users are 14 years old or younger. The minimum age to create an account is 13, however, it appears that many kids are simply lying about their birth date in order to skirt around this rule. This brings up a huge array of privacy concerts. In the U.S., the Children’s Online Privacy Protection Act requires internet platforms to obtain parental permission before collecting personal information on children under 13. For the government, it’s not only a concern that the Chinese government may be gathering information on American citizens, it’s also worrisome that many of these individuals could be young children. In fact, back in 2018, Musical.ly which merged with TikTok was fined by the Federal Trade Commission for failing to obtain parental consent.

Let’s face the facts here, the internet is weird af. We’ve been hearing all about conspiracy theories surrounding Britney Spears as well as something called PizzaGate. It all started with our man Justin Bieber, who had innocuously touched his black beanie in a video post on Instagram after a user commented to do so if he had been a victim of the supposed child-trafficking PizzaGate ring. This post blew up and we learned that before the 2016 election, a conspiracy arose that former President Bill Clinton and First Lady Hilary Clinton were running a sex trafficking ring out of a Washington D.C. pizzaria. While social platforms were able to largely suppress this misinformation for the past few years, now that the election is around the corner, the theory is back and is quickly taking off on TikTok. The conspiracy group, Qanon, and others are now including more than just political figures in this, the list now expands to a ton of celebs and business people. TikTok shows that videos with #PizzaGate have been viewed over 80 million times over these last few months. This has forced the platform to remove the hashtag and all searchable content within the term itself.

Now, let’s have a little chat about Britney. As you may or may not know, the pop star currently has a conservatorship. This is put in place by a judge when an adult cannot make their own life decisions anymore. She now has to run every key personal and financial decision by her father and lawyer. This has spurred a viral online campaign to #FreeBritney, gathering over 140 million views on TikTok and setting the goal of putting an end to her conservatorship and raising awareness of those that abuse it. Many believe that Britney herself has been sending out coded SOS messages in her social media videos. What possible messages could we be talking about here? In one video, a TikTok user commented to wear yellow and do a spin in her next video if she was in danger. Turns out, this is exactly what she did. What will come out of all of this is yet to be seen, but whatever it is, we’re sure it’ll be popular.

If you’re trying to become the next TikTok sensation that’s sweeping the nation, we’ve got some tips to help you work the camera on a budget. First, a phone tripod can do you wonders. You can find them on Amazon for around $20 and they make for the perfect, compact stabilizer. Next up, forget about the fancy $200 lighting and swing by your local hardware store for a $20 work light. Finally, never underestimate the power of a good editing app. Make some final touch-ups or find some cool filters with apps like VSCO.
Well folks, that about does it for today! I hope you picked up a thing or two that you may not have known about TikTok and if you have any additional questions, feel free to hit us up! In the meantime, we’ll be curious to see the ultimate fate of TikTok and how they continue to address public concerns.